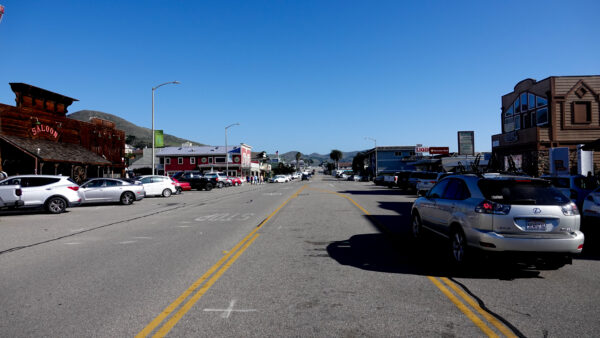 The town of Cayucos is so small, it’s probably no bigger than 4 blocks of a downtown.

It’s clearly the smallest of the Highway 1 Central California Coast towns, just 7 miles up the road from Morro Bay, and 15 miles south of the larger tiny coastal town of Cambria.

So what’s the appeal of pulling off the road to check it out? Because you won’t see it from the side of your car. You’ll have to take the exit to check it out. And it’s very worth it.

Because once pull into Cayucos, you’ll find a western styled, old-fashioned downtown, fabulous pier, rocky coast and hidden beaches off most pathways. It’s a cliche to say the town is where “time has stood still,” but in a sense, it’s true.

As ER readers know, I’ve been driving up and down Highway 1 on the Central California Coast for the last few weeks, in search of the best photo spots on this glorious section of the state for my PhotowalksTV series on YouTube. In past weeks I told you about Pismo Beach, San Luis Obispo and Morro Bay and today, we’re all about Cayucos. I’m joined in Cayucos by the photographer Charlotte “Ginger” DiNunzio, of whom you met when she came to Manhattan Beach and met me for an episode here. 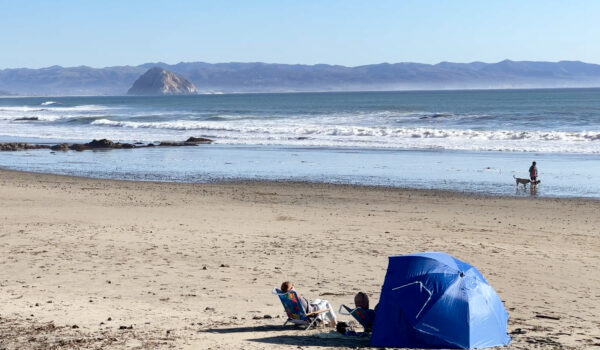 Morro Rock is still visible up the road in Cayucos. By Jefferson Graham for the PhotowalksTV series

Walking down the main street of Cayucos (called Ocean Street) could feel like a visit to Mayberry, one that’s by the sea, with about 3,000 people who live there. (That compares to over 10K in Morro and about 6,000 in Cambria.)

Cayucos calls itself the “Last of the California beach towns.” Because it’s the last of a breed. Even old towns like Encinitas to the south and Cambria to the north look more contemporary. And that’s a compliment. 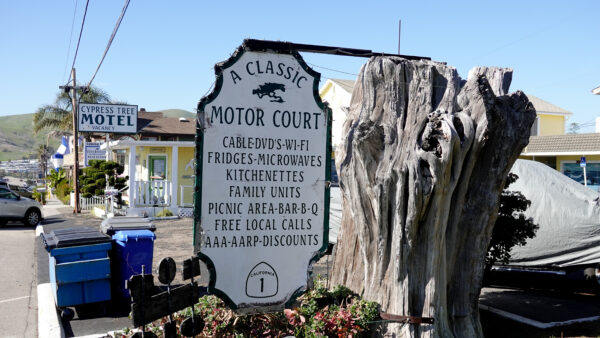 Well, not really. Not all. But there’s at least a few of them. And they naturally caught my eye. One of them will even let you make “free local calls.” And it has cable TV too.

The centerpiece of the town is the wide beach, which unlike most communities, doesn’t get jammed in the summer and the 953 foot fishing pier, which once was the spot where the Italian Swiss and Portuguese immigrants had used to ship dairy and beef, but is now purely for fishing and enjoyment.

The town gets its name from the native Americans who lived there once upon a time. They used a kind of kayak called a “cayuco” to trap local otters. Later on, Captain James Cass settled in Cayucos in 1867 and developed the town in his image, building a pier and a store and envisioning Cayucos as a shipping port.

The store is long gone, but his home remains across from the pier as a community center. 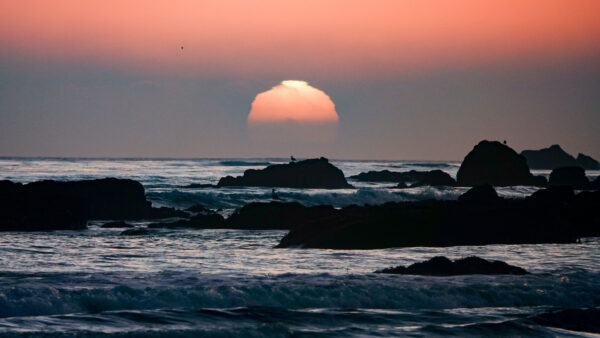 A Cayucos sunset, by Jefferson Graham for the PhotowalksTV series

From the beach you get a killer view of Morro Rock, even all these miles away, and some dramatic views. Plus you have wineries on all sides, if that’s your thing, the great Highway 1 scenery and other great towns to explore on both sides.

Please do me a favor and check out the latest #PhotowalksTV episode from the Highway 1 series, Cayucos-by-the-sea, where Ginger and explore the best photo spots in town. 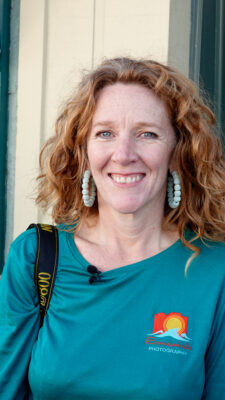 The photographer Charlotte “Ginger” DiNunzio in Cayucos, as photographed by Jefferson Graham for the PhotowalksTV series

Foodwise, Ginger is partial to Ducky’s, while my favorite is the Sea Shanty. This wild establishment has amazing pies, including an ice cream concoction with crust that has to be seen to be believed. (Check it out—it’s in the video.)

The Highway 1 series is sponsored by our friends at SmugMug, the online photo sharing and backup site.

Ginger also joined me in the Manhattan Beach episode, and if you’d like to hear her talk about her fabulous book about British redheads, Gingersnaps, watch here.

Next stop: Cambria, so stay tuned!

The Eye Has to Travel: California Road Trip

This ‘Forest Feast’ cookbook is made for a California road trip