Driving up the Pacific Coast Highway from Malibu to Big Sur is the quintessential American road trip, its dramatic ocean views and cliff-hugging turns glamorized by countless movies. While Santa Barbara has always been a welcome pit stop, there was little reason to go inland to the Santa Ynez Valley, a sleepy region of horse ranches and small vineyards—until now. Start with a visit to Lotusland in Santa Barbara, the 37-acre botanical garden on the former estate of Ganna Walksa, a Polish-born opera singer turned garden designer, and wind your way inland through women-led vineyards, bistros, and high-end design boutiques. 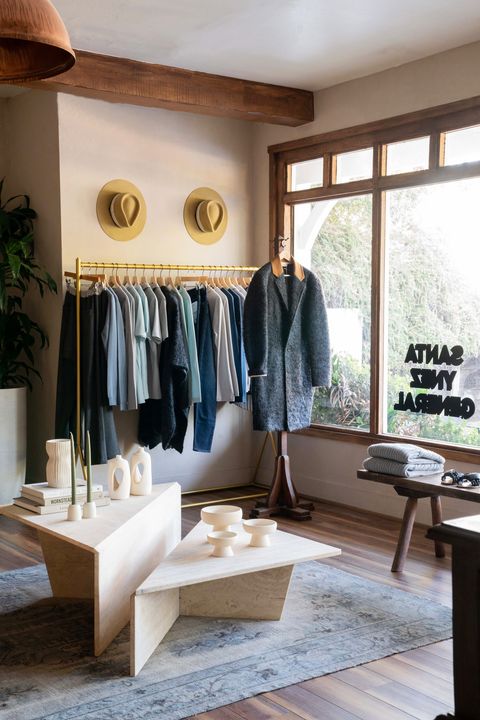 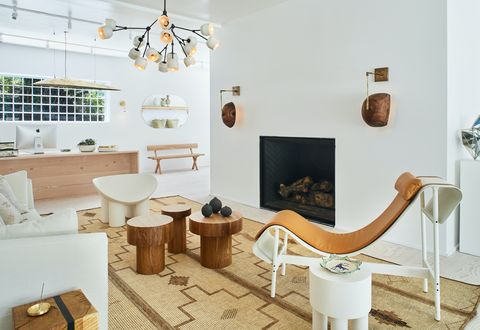 The interior of Garde in Summerland.

In a 1921 farmhouse just east of Santa Barbara in the coastal town of Summerland sits the interiors boutique Garde. The brainchild of Scotti Sitz and John Davidson, the store has a minimalist vibe, with pieces by European designers like Faye Toogood and Vincent Van Duysen. An hour inland, Santa Ynez General stocks everything from boho dresses to hand-thrown pottery to cookbooks. It was opened in 2019 by Pearson and Spencer Turnbull, a fashion exec and a lawyer respectively, who decided to escape the L.A. grind and move to the Santa Ynez Valley. 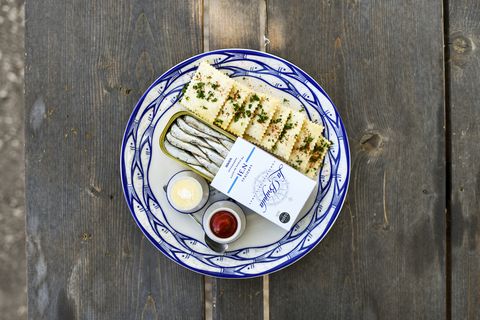 A sardine dish at Bell’s in Los Alamos.

In 2018, chef Daisy Ryan, an area native who trained at top New York kitchens like Gramercy Tavern and Per Se, returned to open Bell’s in the town of Los Alamos with her husband, Greg. The restaurant champions Ryan’s style of “Franch” cooking (French meets travel/" 1378 target="_blank">California ranch) with a menu of classics like steak tartare and moules frites alongside regional delicacies like uni and wild snails. Last summer, the couple opened Bar Le Côte, a seafood tavern with an Iberian bent in nearby Los Olivos, which celebrates the bounty of the nearby coast.

The Inn at Mattei’s Tavern in Los Olivos. 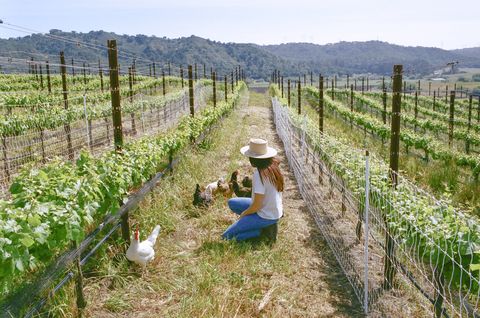 Gina Giugni of Lady of the Sunshine winery tending to her grapes.

Long overshadowed by the vineyards to the north in Napa and Sonoma, those of the Santa Ynez Valley have recently come into their own. Gina Giugni, a second-generation biodynamic farmer, runs Lady of the Sunshine, which produces sauvignon blancs and pinot noirs. New Zealand native Angela Osborne is at the helm of A Tribute to Grace, where visitors can sample one of her grenaches at her tasting room, just down the street from Bell’s restaurant. 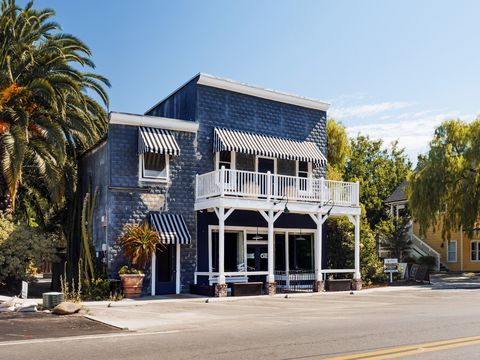 The exterior of Bar Le Côte in Los Olivos.

The historic Inn at Mattei’s Tavern in Los Olivos, once a popular stagecoach stop during the gold rush, was recently given a stylish upgrade by Auberge Resorts Collection. Nestled among vineyards and old-growth palm trees, it features nine cozy cottages complete with garden patios. There’s also a spa, a pool, and several eateries. Perched on a hillside overlooking Santa Barbara, El Encanto has been a preferred hideaway for Hollywood since the 1920s. The 92 travel/" 1378 target="_blank">California Craftsman meets Spanish Colonial style rooms, suites, and bungalows, many with private terraces and fireplaces, are spread out over seven lush acres. 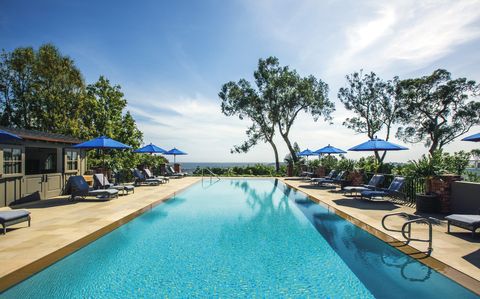 The pool at El Encanto in Santa Barbara.

Opening image: The aloe garden at Lotusland in Santa Barbara.

This article originally appeared in the June/July 2022 issue of Harper’s BAZAAR, available on newsstands June 7.

GET THE LATEST ISSUE OF BAZAAR

This content is created and maintained by a third party, and imported onto this page to help users provide their email addresses. You may be able to find more information about this and similar content at piano.io

This California Hotel Will Let You Borrow Guitars, Skateboards, and Cadillacs to Live Out Your Rockstar Dreams